Best things to do in San Sebastián

When you dream about the best vacation spot do you think of panoramic views and crystal-clear beaches? If yes, then head to San Sebastián. Believe me, you won’t be the only one as San Sebastián attracts a whole range of tourists; from the chic jet set to bohemian surfers. This city – located in the Basque Country- is without a doubt among the top spots for a beach vacation in Europe.

The most striking feature of this city is its world-famous boardwalk. Dotted by Belle Époque buildings and with magnificent views towards the twin mountain bookends, Monte Igueldo and Monte Urgull, the boardwalk is a great place to enjoy a peaceful stroll or grab a bike and exercise.

In San Sebastián (and the Basque Country overall) it rains a lot. In fact, when we looked at the weather app there was rain expected for the 5 days we were going to be there. We almost had a heart attack! The rain is sporadic and a totally cloudy day can easily give to sunny skies in a couple of hours so don’t worry. 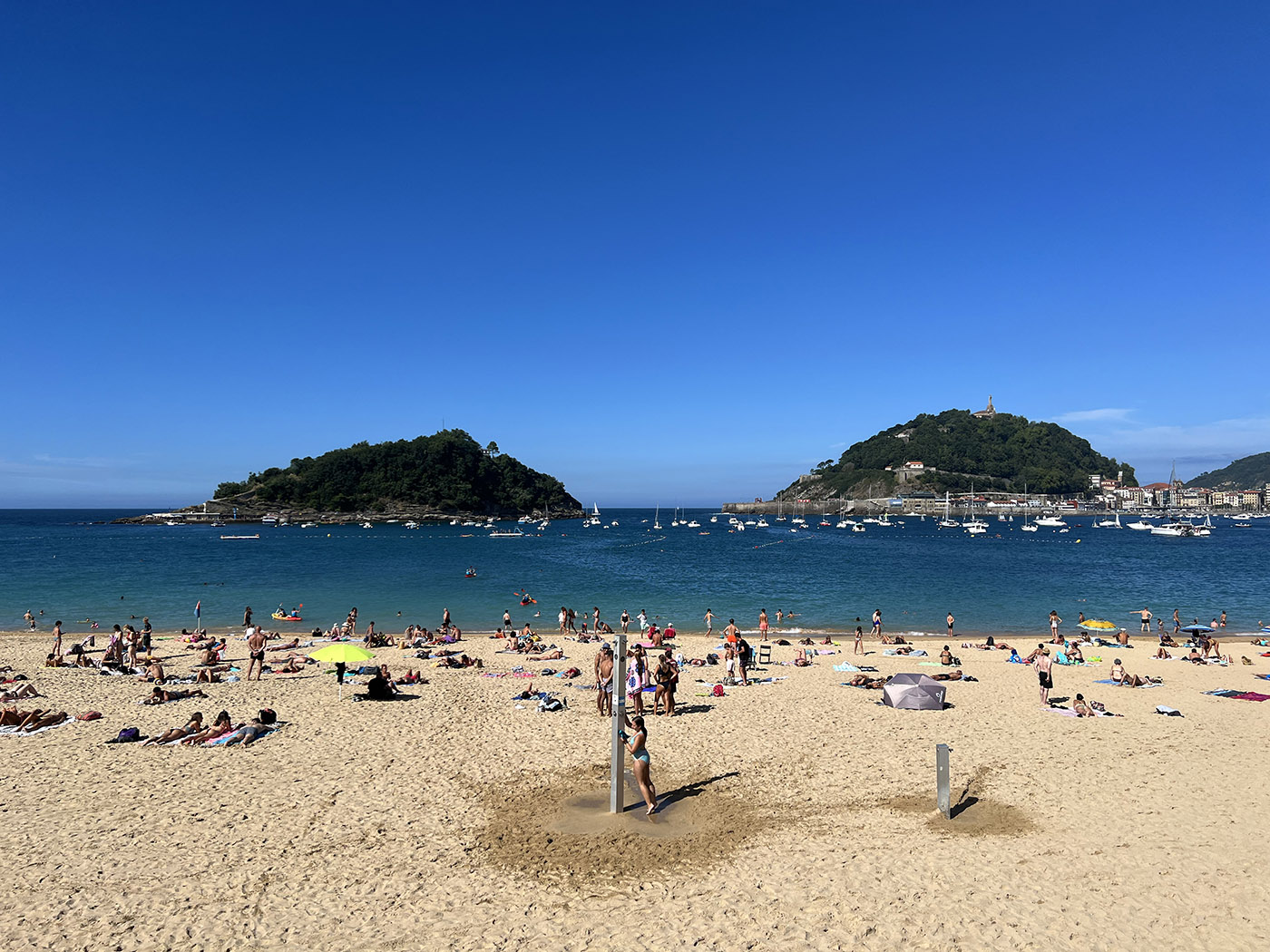 La Concha beach – named because of its seashell shape- is San Sebastian’s gem and one of the city’s most popular icons – you can find its image in several postcards and marketing products of the city. Considered one of Europe’s finest city beaches, La Concha beach stretches about a mile wide and offers spectacular views of Monte Urgull, Monte Igueldo and Santa Clara Island, not to mention of the extraordinary buildings that dot the coastline of La Concha.

Whether you stroll down the boardwalk, take a swim in its crystal-clear waters or take a boat trip to the nearby Santa Clara island, La Concha Beach will take your breath away. If you are planning to spend the day at La Concha note that this beach offers facilities such as sunshades to protect you from the sun as well as toilets, showers and lockers to take the experience of going to the beach to the next level. Do not miss the opportunity to photograph La Concha beach from different angles. I guarantee that each photo you take will be better than the last! If you want the full experience, rent a boat for the day and relax in the bay.

Monte Igueldo offers the most amazing views over San Sebastián. To get to the top of Monte Igueldo, take the funicular -the oldest funicular railway in the Basque Country -located at the base of the hill. The experience of riding the funicular went smoothly for us except when we decided to go back… The line to ride down was extremely long and took us almost an hour to get down.

The worst part was that there was no shade when we were in line which was really uncomfortable. I’m not sure if this is something that happens regularly, or it was a one-time thing. We paid around 3 euros for the roundtrip. Note that you can also walk up to the top (plan to walk for an hour approximately) or drive; the parking lot is located up-hill close to the amusement park.

Once you are at the top of Monte Igueldo there are several activities you can do. Climb up to the Monte Igueldo Tower to get even higher views. This tower was built back in 1778 and it served as a lighthouse. From here you can enjoy panoramic views of the lighthouse and La Concha beach. There is also an old-school amusement park with several rides including a roller coaster and go-carts along with a few food/adult beverage options. 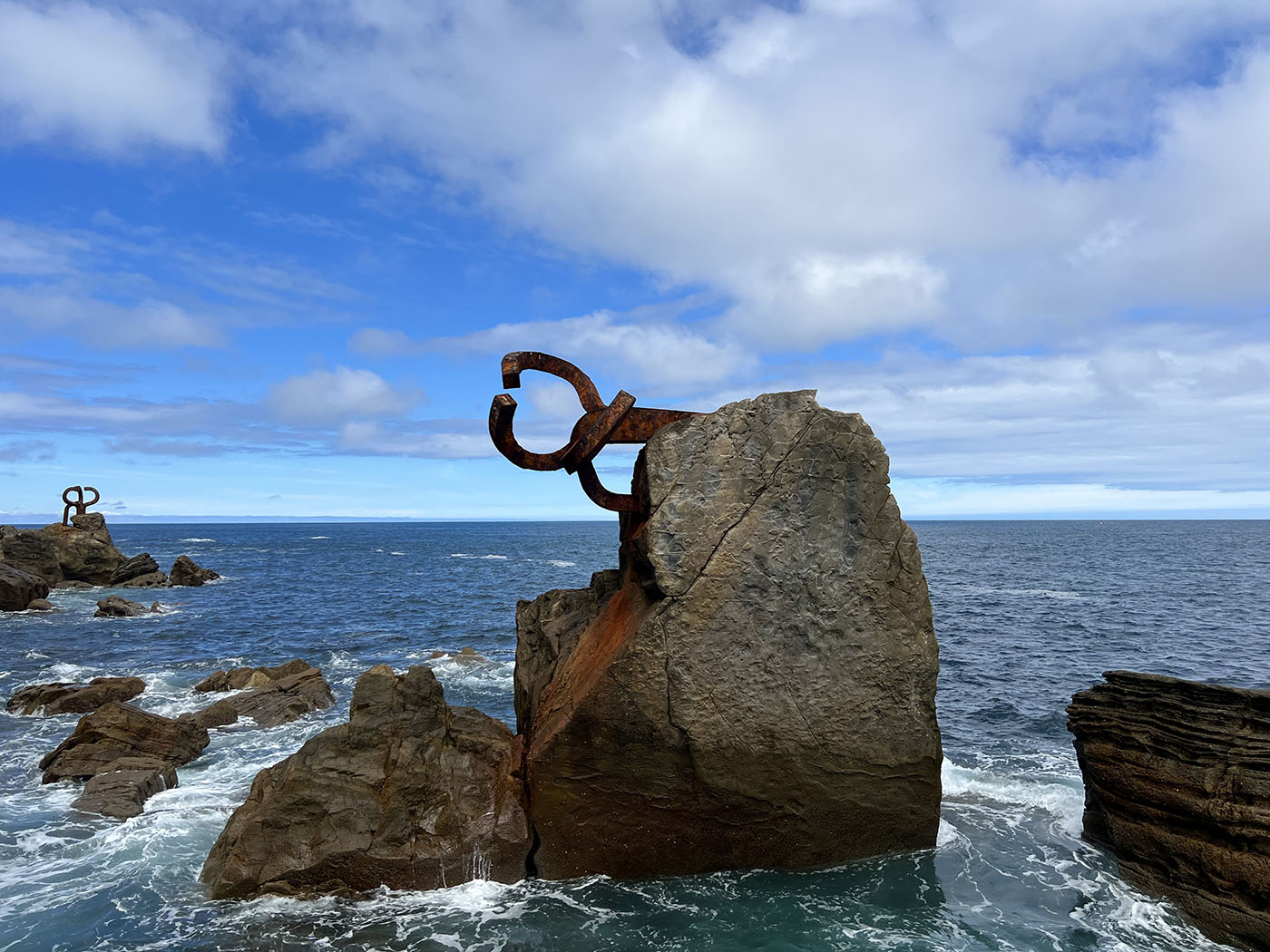 El Peine del Viento are three steel sculptures by Eduardo Chillida located near the Playa de Ondarreta. An icon of the city, the Peine del Viento are anchored to the rocks so the wind will be “combed” at La Concha Beach. This is an amazing place, full of peace and quiet where the only sound that can be heard is the sound of the waves.

The San Sebastián Aquarium is one of the first oceanographic museums in Europe. Located in the harbor right at the base of Monte Urgull, the Aquarium gives you the chance to look at the skeleton of an 11-meter North Atlantic Right whale, see extraordinary reproductions of historic ships and view a vast collection of corals, crustaceans and seashells.

But without a doubt, the best attraction of the Aquarium is the Oceanarium, a 360-degree view tunnel that allows you to observe more than 40 species of fish and 5 species of sharks. And if you visit the Aquarium on Tuesdays, Thursdays and Saturdays at 12:00 pm you can see how sharks gets fed. Fascinating isn’t it? As of 2022, the entrance ticket is 14 euros for adults and 7 euros for children aged 4-12. 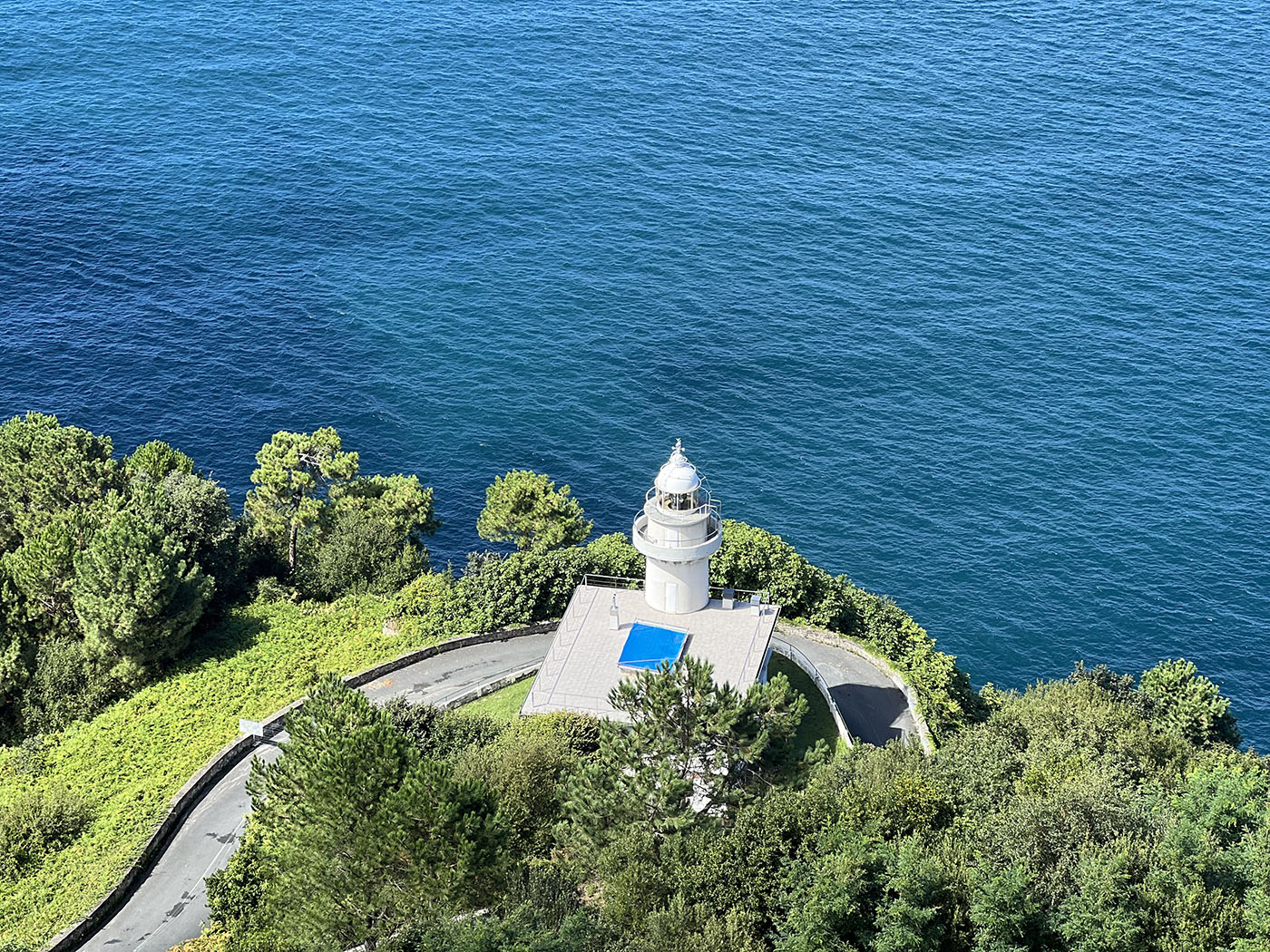 Built in 1855 by to prevent boats from shattering against the rocks, the lighthouse sits on the side of Monte Igueldo that faces out towards the high sea. From the terrace of the lighthouse you can make enjoy the coastline and beautiful sunsets. This lighthouse replaced the tower located at the peak of Monte Igueldo which used a fixed light to warn thousands of sailors of possible dangers.

This is one of the best spots to take the iconic panoramic photo of the city: you’ll have a full view of La Concha beach and the bay. 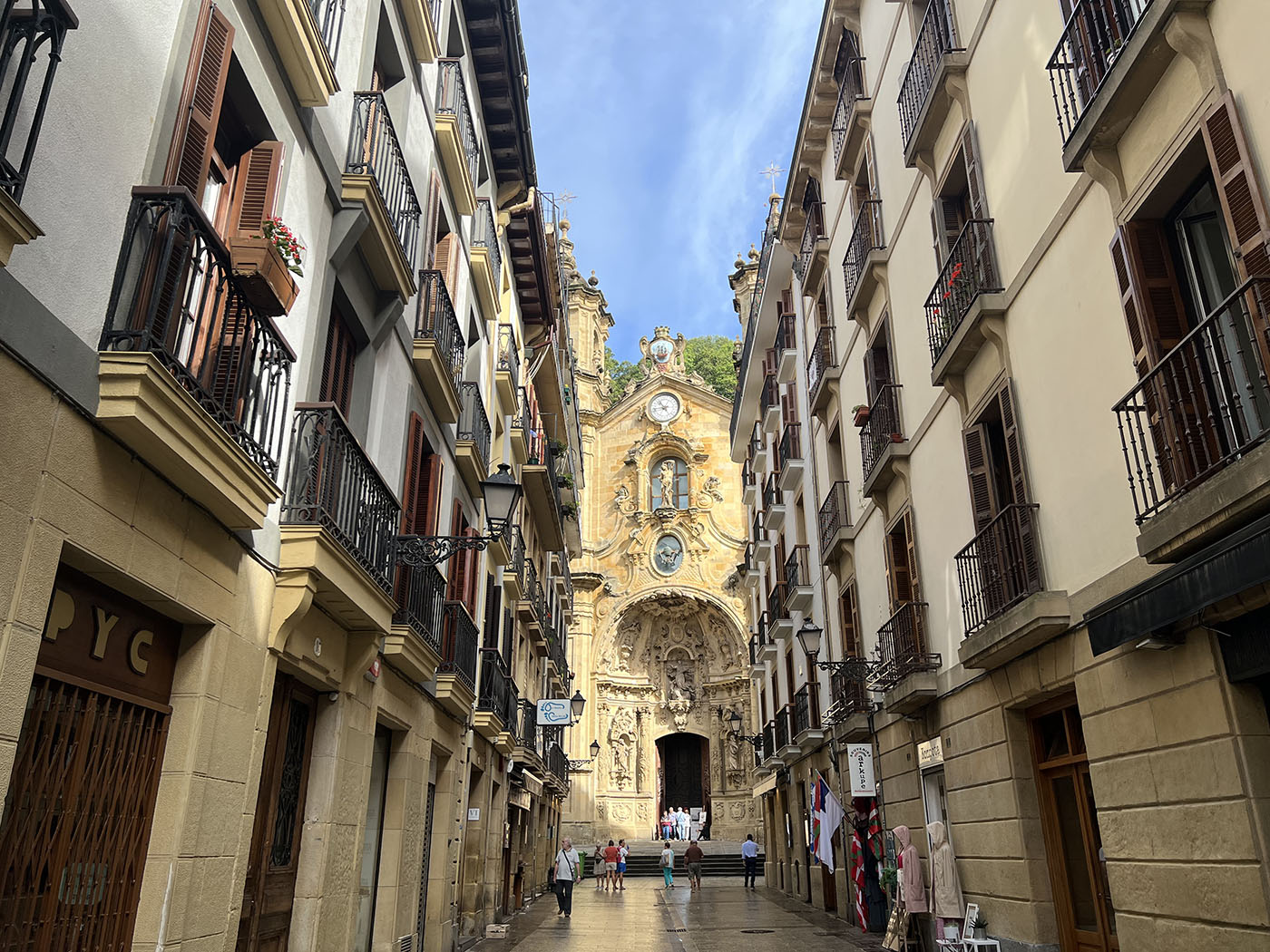 The Old Town of San Sebastián is full of pedestrian-friendly and charming streets, restaurants and shops. Don’t be afraid to get lose in the maze of small streets and remember to look up to see the beautiful building facades dating back to the mid-19th century.

The Old Town is the perfect place to get the famous pintxos which are very similar to tapas. Note that at night this part of town gets full and it’s a bit difficult to find a place to eat. In San Sebastián and in Spain more generally, locals love eating late so don’t be surprised if you see the restaurants at their fullest at 11:00pm. A few places that are worth a stop in the Old Town are the San Vicente Church, the Basilica of Saint Mary of the Chorus and Plaza de la Constitución. 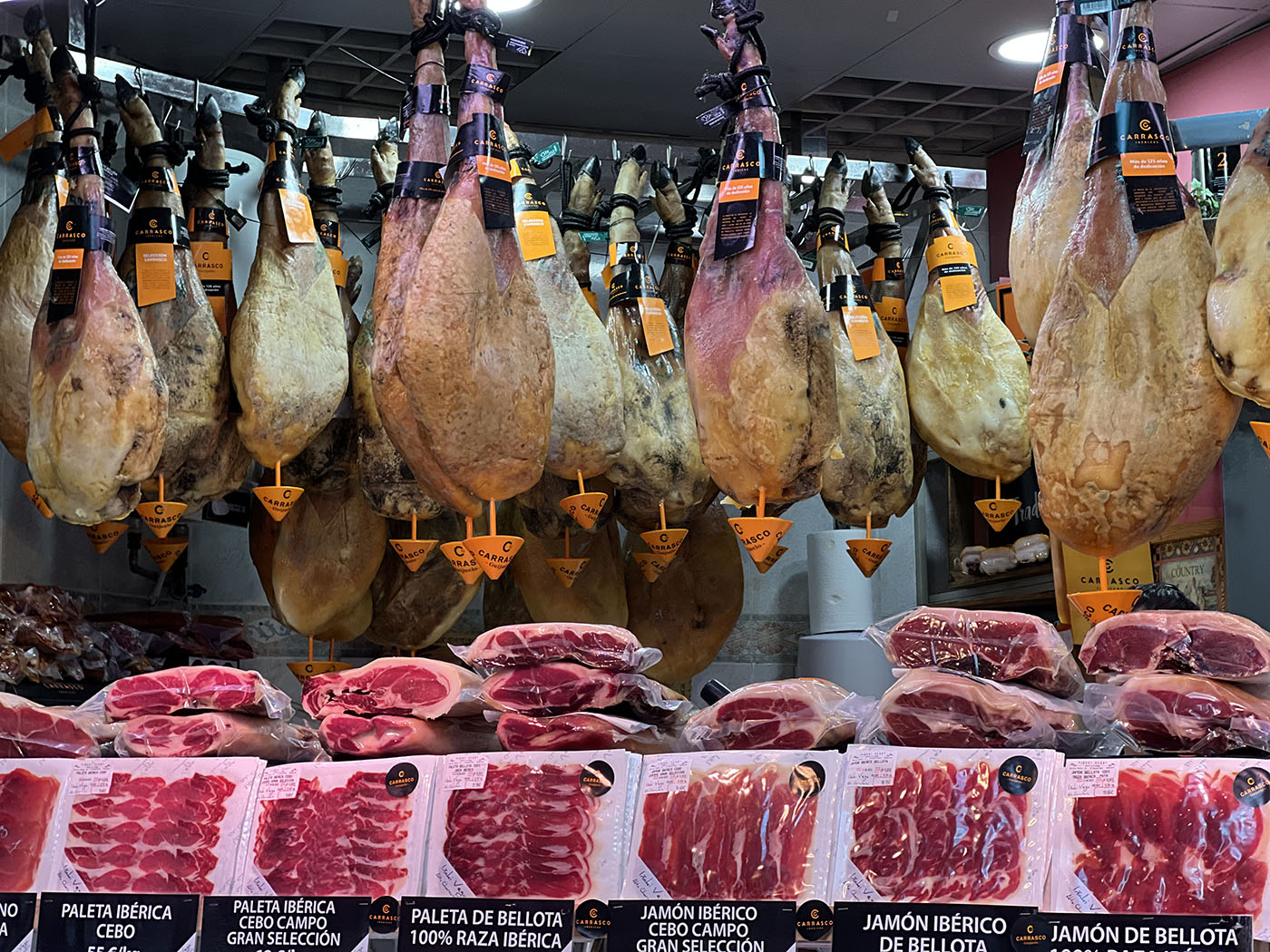 Mercado de La Bretxa is a market located in the basement of a mall in the Old Town. There is a wide selection of Jamon Iberico, wine, olives and other fresh ingredient that can be purchased. I recommend you stop by this market to purchase some local delicacies. 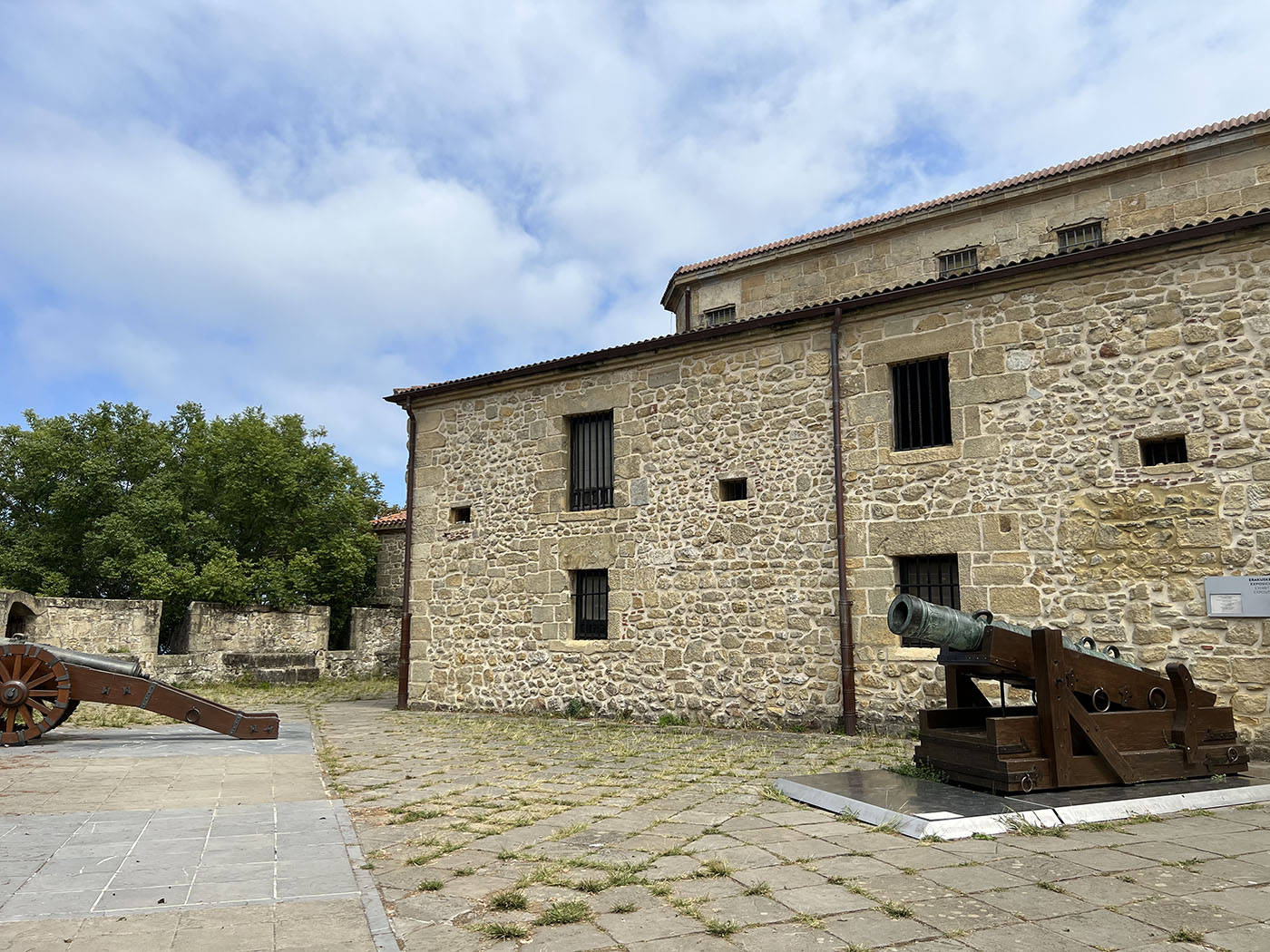 Located above the Old City of San Sebastián, Monte Urgull offers magnificent hiking opportunities where you will be rewarded with panoramic views over the city. There are several viewpoints along the way giving you the opportunity to photograph La Concha beach, Monte Igueldo as well as the castle and fortifications. Make sure you take the time to enter the fortress, as it not only has a great museum of the city’s history but you can go up the tower to the uppermost level and get the only view of the entire city.

Know before you go: 10 tips before travel to Romania

Transylvania pictures that will make you want to visit