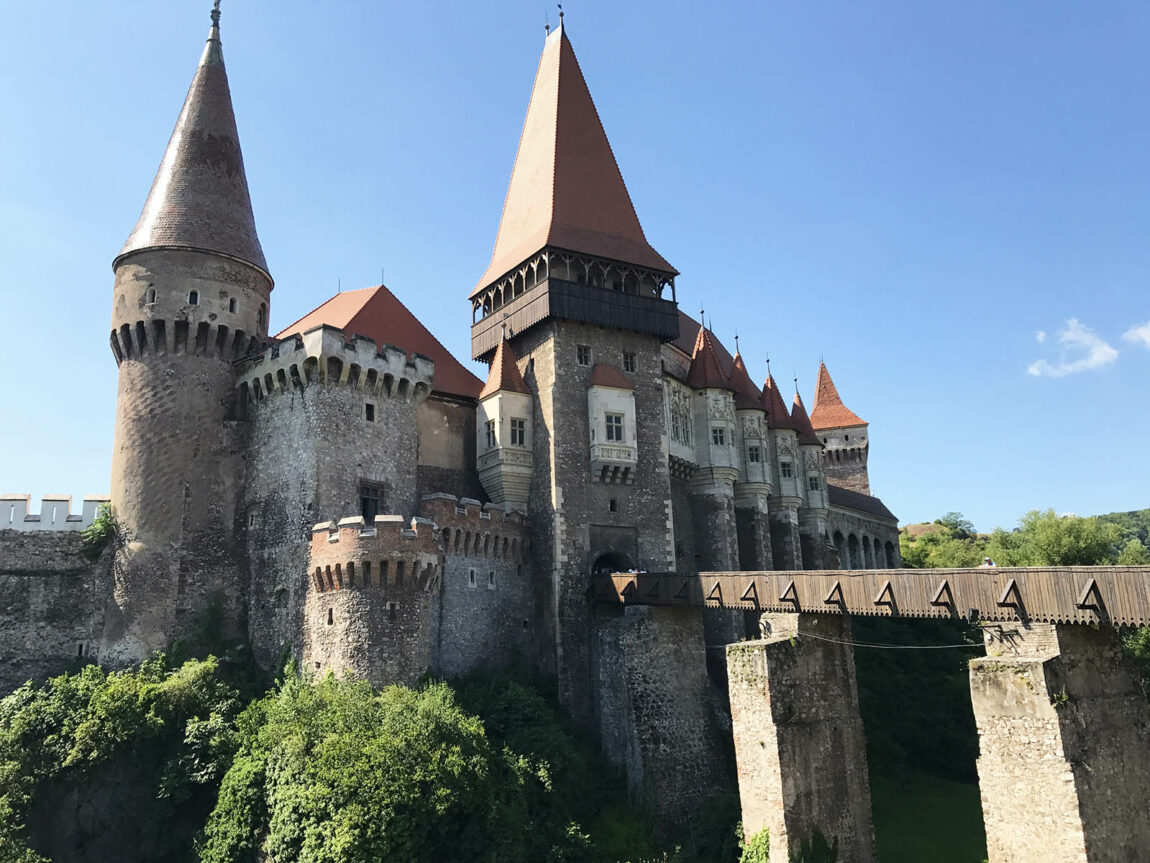 Corvin Castle in Hunedoara, Romania, is one of the most striking castles in Europe – and a must visit for anyone traveling to this country.

Corvin Castle, interchangeably referred as Hunyadi Castle, Hunedoara Castle, and Castelul Corvinilor is one of the biggest castles in Europe – and in my opinion one of the most stunning as well!

Sitting on a rock overlooking the Zlaști River and featuring impressive Gothic architecture, Corvin Castle dominates the city of Hunedoara. It’s no wonder that the Castle is among the 7 wonders of Romania – a list which catalogues Romania’s most spectacular manmade structures.

As you approach the castle, you will notice the imposing rectangular and circular towers with an elevated drawbridge, over a classic moat, that welcomes visitors inside – which will make you feel you are about to enter Harry Potter’s world or Game of Thrones’ medieval North.

The orange and brown hues of the castle offer a stark contrast with the surrounding lush greenery and blue sky. Do not forget to spend time in the gardens which offer plenty of good opportunities to photograph the castle from several angles.

Inside you will see how Transylvanian rulers lived during the age of knights, many of whom are some of the most important figures of medieval Europe.  In my opinion, the castle exterior is by far more stunning than its interior. No matter where you are on the castle grounds you will be treading in the footsteps of history.

A bit of history 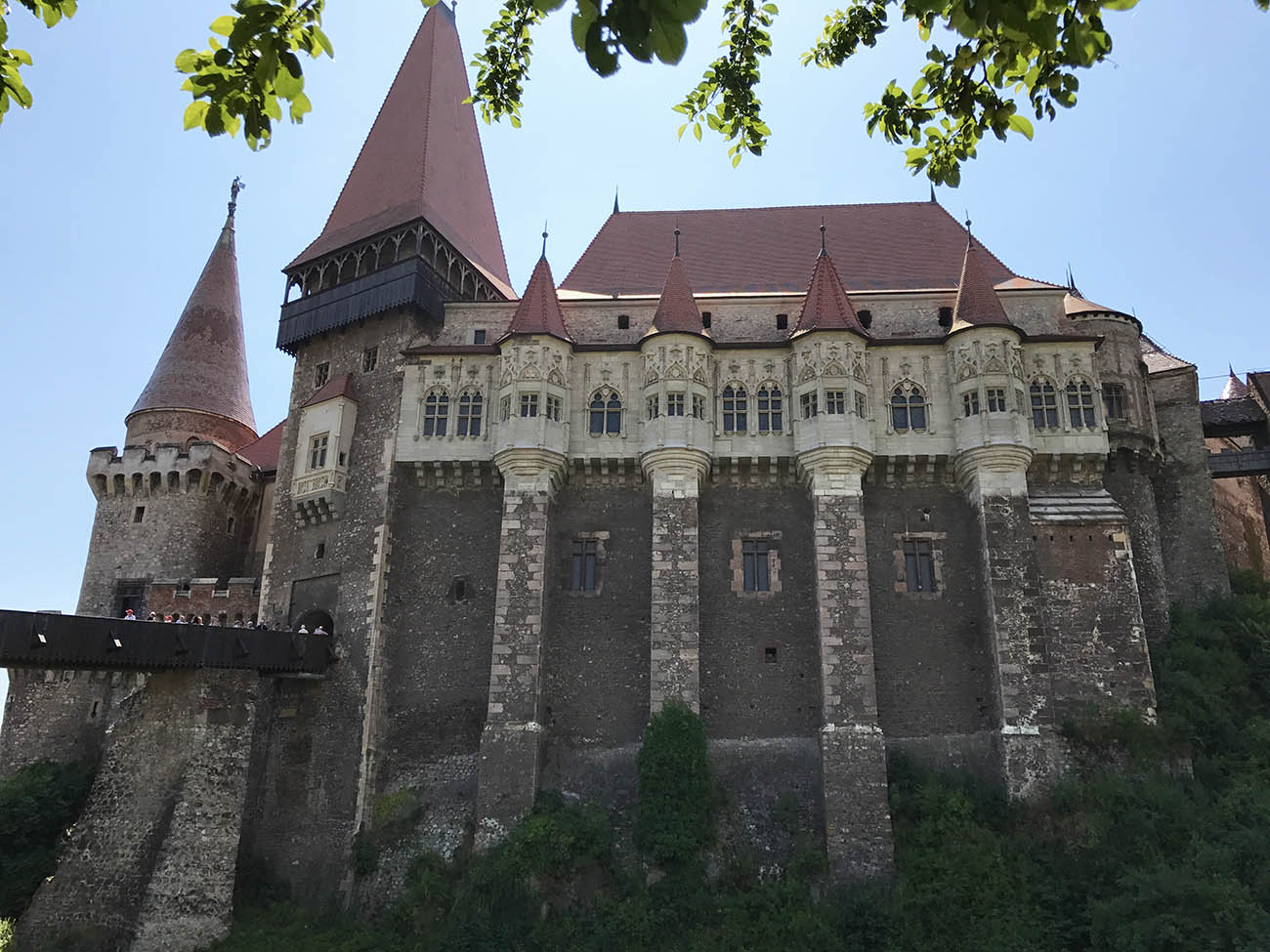 The castle was originally built by the Anjou family and served as a fortress until the mid-14th century when it became the residence of John Hunyadi who was responsible of transforming it from a strategically fortified stronghold into a palatial gothic residence.

The work was completed in 1446 and the best-preserved parts from this time are the Buzdugan Tower, the Old Gate Tower, and the Capistrano Tower. As time went by, its various owners such as Matthias Corvinus and Gabriel Bethlen continued to change its appearance while also adding towers and halls. These transformations gave way to form a massive castle, full of nooks and crannies filled with secrets – conjuring an ominous and mysterious aura.

The castle has been owned by the Romanian government since 1918…but don’t tell the ghosts!

Among the main areas of Corvin Castle can be found:

The castle, a wellspring of legends and hauntings, has been featured in several movies including in the recent horror film “The Nun” (2018).

Legends of the castle 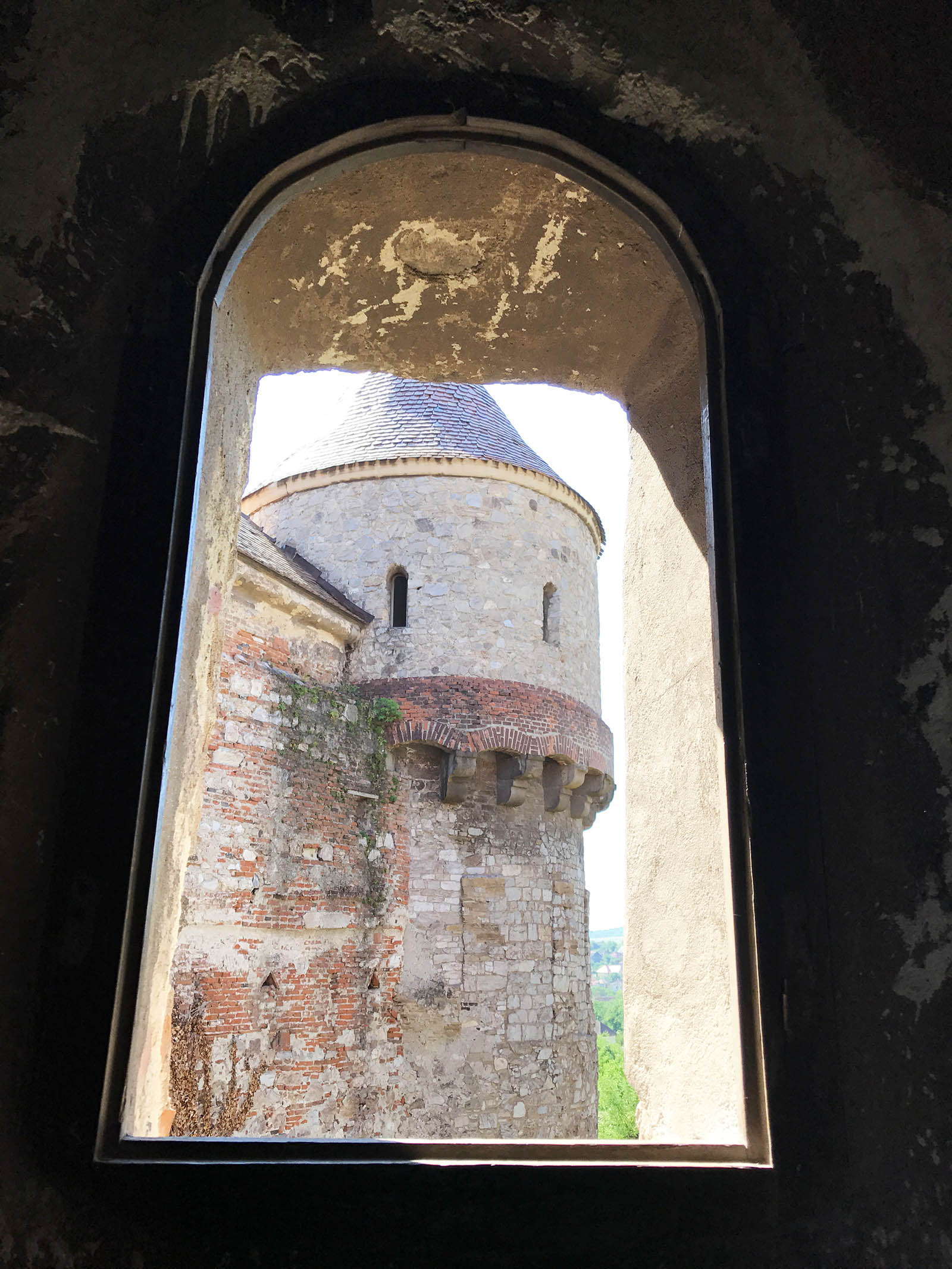 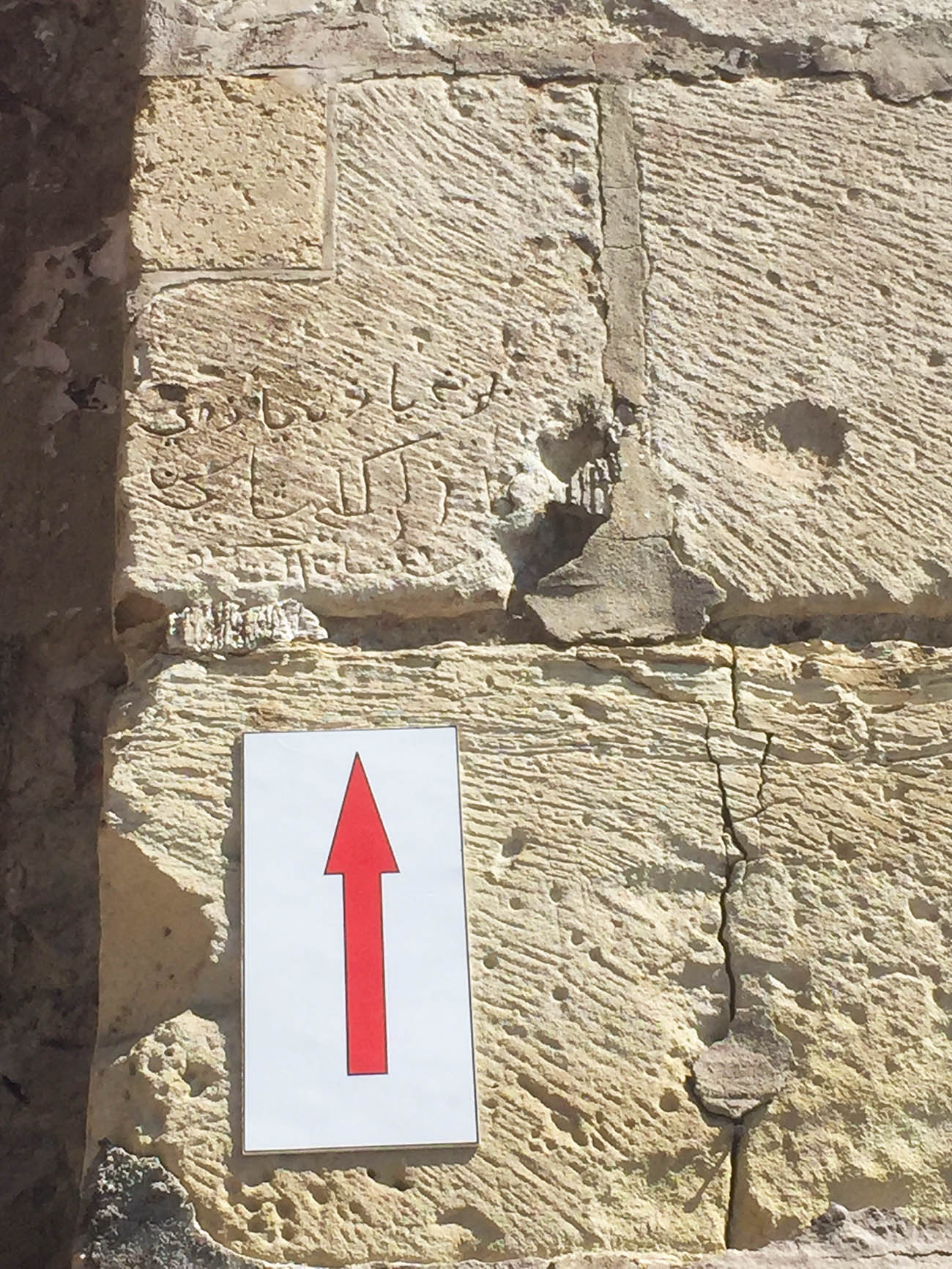 The legend of the fountain (well):

The fountain located on the castle grounds was dug by three Turkish prisoners who were promised by the prince, John Hunyadi, to be set free if they could dig a well. The prisoners managed to find water after digging for 15 long years.

Unfortunately, during this time, John Hunyadi died, but his wife went against her husband’s word and killed the prisoners. As a last wish, the prisoners asked to write an inscription in the fountain which was granted – the Turks wrote “You may have water, but you have no soul”.

The legend of the raven:

On the Corvin family’s coat of arms there is a prominent figure of a raven holding a gold ring in its beak. Legend has it that John Hunyadi was the illegitimate son of the king of Hungary, Sigismund of Luxembourg, and a woman which history records as Elizabeth. To spare her from the shame of being an unwed mother, and probably to avoid legitimacy issues, the king married her off to one of his knights, Voicu. Upon the marriage, Sigismund gave Elizabeth a golden ring as a present to her unborn child. It wasn’t just a gift, but a way for the king to recognize his son as an adult.

Years later while John Hunyadi was on a trip, a devious raven stole the ring and tried to fly away with his spoils of victory. The raven didn’t get far as it was shot down by John’s arrow and he quickly recovered the ring. When he finally reached adulthood, he recounted the tale to the king, who impressed with his story bestowed John with the now legendary coat of arms of a raven with a gold ring in its beak. Coincidently, Corvin is derived from the Latin word for raven, “corvus”.

It is also said that Vlad the Impaler was imprisoned by John Hunyadi in the dungeons of Corvin Castle for several years which drove Vlad insane. His experience as a prisoner, who no doubt was tortured may have been the inspiration of his notoriously cruel way of dispensing enemies.

For some reason, Corvin Castle is not as popular as other castles in Romania. Maybe it’s because is located off the beaten path, but this shouldn’t prevent you from visiting it. I promise it won’t disappoint! We drove from Sibiu (located 80 miles away) and had no trouble finding parking. You can also take a tour offered by Viator.

A French Polynesia honeymoon: The 10 best reasons why you should go