Meiji Shinto Shrine: A peaceful oasis in the middle of bustling Tokyo 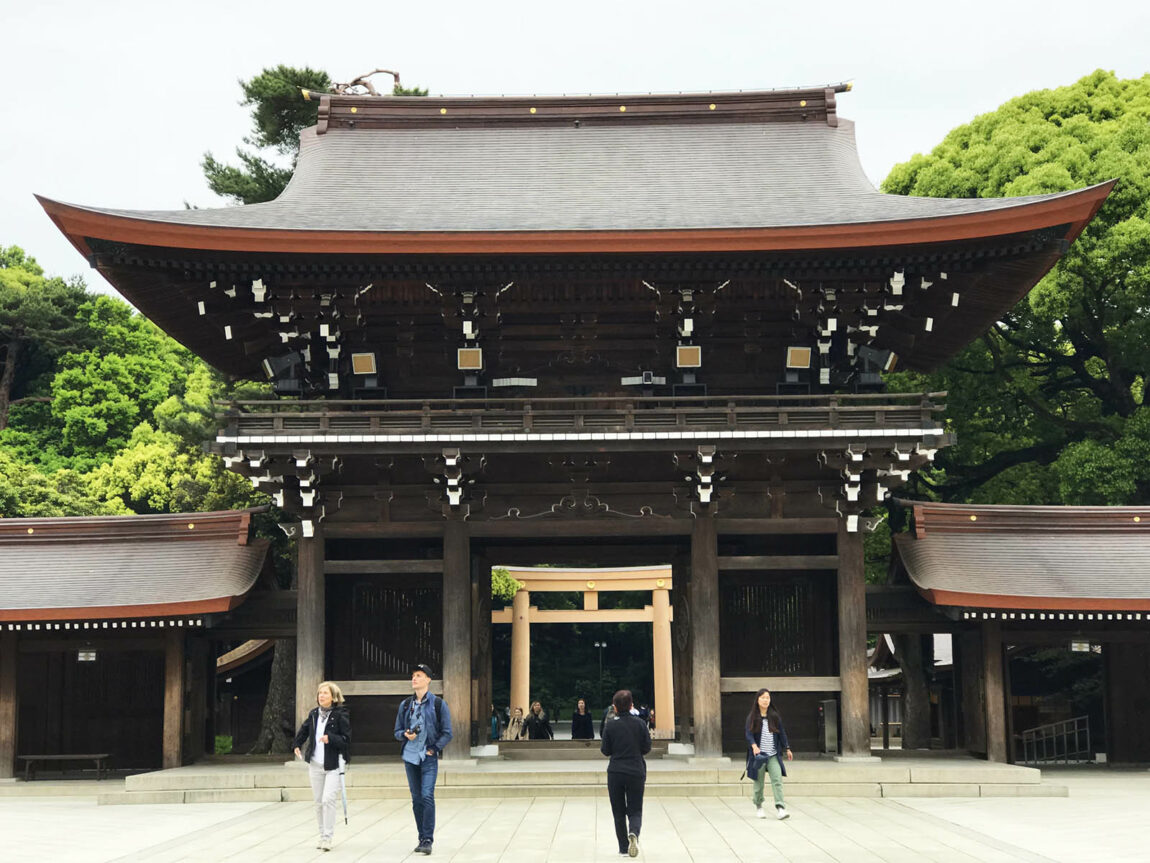 Surrounded by a lush forest, Meiji Shinto Shrine is among Japan’s most popular shrines.

Meiji Shinto – also called Meiji Jingu – is one of the most popular Shinto shrines in Tokyo, Japan. Constructed in 1920 and dedicated to the Emperor Meiji (considered the first emperor of modern Japan) and the Empress Shoken, Meiji Shinto is a perfect example of the spirit of Japan – the quest for perfection while striving for harmony. The shrine, destroyed during the Second World War, was thankfully rebuilt shortly after.

Meiji Shinto is one of those shrines that no matter the time of year or day, it is always packed – and for good reason. This temple complex is absolutely stunning, and tourists flock to take in the experience. During the first days of the New Year, Meiji Shinto welcomes over 3 million people for the year’s first prayers. Traditional Shinto weddings also take place often at this location, and you’ll see many happy newlyweds have their wedding pictures taken here at the temple complex.

Despite its location near the Harajuku Station in Tokyo, and the many visitors, Meiji Shinto will make you feel you are miles away from the bustling city. The entire complex was built to be an oasis of peace within the cosmopolitan metropolis. The Meiji Shinto is surrounded by 70 ha. of forests and 100,000 trees featuring more than 350 different species. These trees were donated from several regions across the country and were planted while the shrine was constructed.

An opportunity for a peaceful stroll

Meiji Shinto is conveniently located just a 10-minute walk from the southern entrance near Harajuku Station and the northern entrance near Yoyogi Station. Once you reach the shrine grounds, you will be greeted by massive torii gates marking the transition from the ordinary to the sacred and welcoming you into the vast forest.

There are several paths in the shrine grounds which offer a great opportunity to get lost in the natural beauty of the temple complex during a peaceful stroll. If you pay close attention, you will notice that you’re in a bubble of tranquility – there are no city sounds to be heard which makes this an escape from Tokyo’s busy daily life.

Tip: Please note that motorcycles and bicycles are not allowed in the shrine grounds – you will have to leave them at the parking area.

What you can do 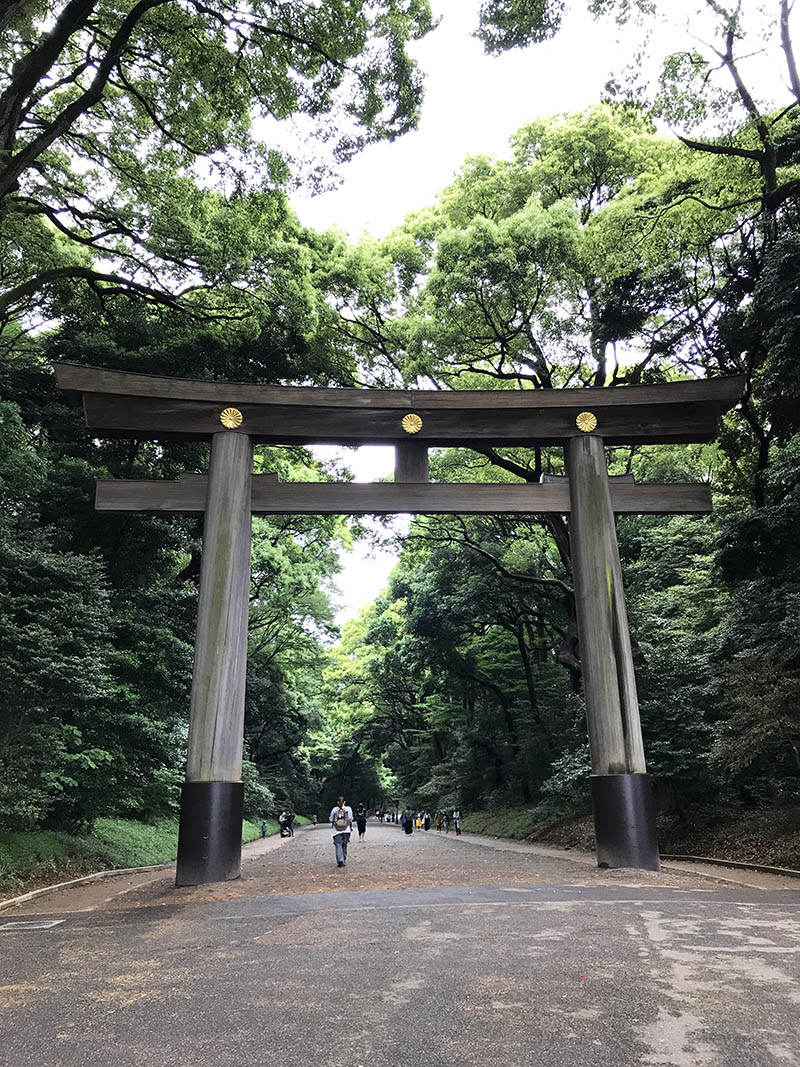 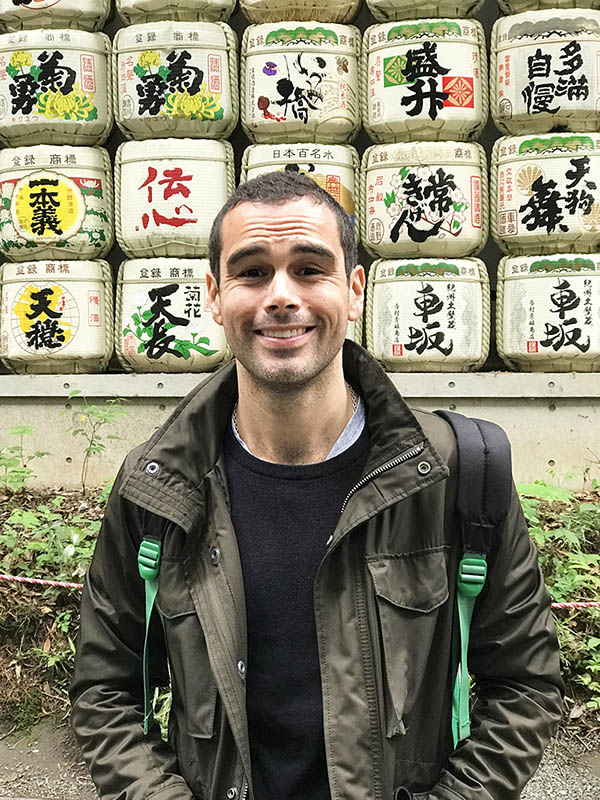 Purify yourself: It’s part of Japanese culture that visitors to shrines purify themselves before heading to the main sanctuary. Every shrine has a different method of purification, ranging from smoke to water. In the Meiji Shinto shrine you can do this at a temizuya or a ritual purification building where you can wash your hands. At each purification center, you’ll have helpful signs to learn how to perform the ritual correctly.

Explore the Main Shrine: This is the most sacred building in the Meiji Shinto shrine; made of Japanese cypress wood the shrine was built in the nagare zukuri style – a popular style of shrine architecture found throughout the country and characterized by a very asymmetrical gabled roof. There are several structures found on this shrine including a prayer hall, the inner and outer halls, as well as the prayer recital hall.

Visit the Inner Garden: The Inner Garden was commissioned by Emperor Meiji and often visited by both the emperor and empress. Japanese gardens are famous for balancing nature and manmade structures: this garden features picturesque forest paths along with a Japanese tea house. Keeping in mind the need for harmony throughout the year, the gardens also feature irises in June, Azaleas in spring, and Japanese Maples in late autumn to close out the cycle.

Here you can also find the popular Kiyomasa’s Well – named after a military commander who dug it 400 years ago – where people visit it to receive the positive energy emanating from the well. There is an entrance fee of 500 yen (US$4.5) to access the garden grounds, and no trip to the shrine is complete without a visit.

Hours of operation: 9:00 am to 4:30 pm (until 4:00 pm from November to February). Admission ends 30 minutes before closing time. Extended hours during the middle of June.

Stop by the museum: The museum is a new addition which opened in 2019 and was designed by the renowned architect Kuma Kengo, who has revolutionized modern architecture by using wood as the prime material. The museum is known for featuring artifacts used or associated with Emperor Meiji and Empress Shoken; artifacts ranging from everyday life to notable items. The jewel in the museum’s collection is the carriage which the emperor rode to the formal declaration of the Meiji Constitution back in 1889. This government revolutionized Japan, brining into the modern sphere of influence and exponentially increasing the power of the emperor.

There is an admission fee of 1000 yen (US$9) to access the museum. For the latest prices, check the official website.

Photograph the Sake Barrels: This is the most photographed part of the shrine, and it’s a really cool, iconic picture from a trip to Japan. Emperor Meiji promoted the technological development of many domestic industries, including the production of sake, as part of the modernization of Japan. While visiting Meiji Shinto shrine, take a picture infront of the large decorative sake barrels of sake – one of the most impressive collections you’ll find in Japan. These barrels (which are now empty) have been donated by different sake brewers and are offered every year to enshrined deities of the Shrine.

Write your wishes on an ema: An ema is a wooden plate which has a picture of the shrine on one side and blank space in the other where people can write their wishes or messages of gratitude. You’ll find this tradition throughout the shrines of Japan, and each temple complex has it’s own unique ema. They can be purchased at the juyosho amulet office for 500 yen (US$4.5) and they are decorated with the Meiji Shinto crest or alternatively with the zodiac animal for that year during New Year. Once you have written your message, you should hang it on the votive tablet rack, which surrounds a camphor tree and wait for it to come true.

Look for the Meoto Kusu: Meoto Kusu can be found throughout Japan, denoting various sacred sights and are easily identified by a thick corded rope binding two natural structures such as trees or rocks. Located on the left side before entering the Main Shrine, this Meoto Kusu is known being a special power spot. These spot ties a pair of camphor trees with a sacred rope called shimenawa. The trees are a popular spot for people who are looking for a partner and a strong marriage. They were planted when Meiji Shinto was established in 1920 and have been growing side by side ever since, therefore symbolizing the solid marriage of Emperor Meiji and Empress Shoken.

Monkey Park Iwatayama: Getting up close and personal with monkeys in Japan